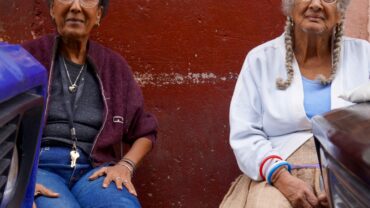 HAVANA — The young woman sees me watch in amazement as she gets up from her seat and attempts to carry the four bags with her through the aisle of the plane, and she gestures at them and shrugs.

“There is nothing in Cuba, so whatever we can, we bring.”

It took me a few days to fully grasp what she had told me, being a first-time visitor in a country entering its 58th year of communist dictatorship, and its very first without Fidel Castro. I came here to find out what had changed since his passing, and what was next for the island regime, but to my great surprise it was business as usual, in more ways than one.

On my way from the airport I ask my cab driver if things feel different since Castro’s death. He shakes his head and tells me that even on the night of his passing there was little movement in the streets or commotion through Havana.

“I was impressed, actually. Fidel has been everything, you know? He is the father of the revolution and when he dies – nothing – not a word. They were able to control everything, even then.”

By “they” he means the regime, now taking orders from Fidel’s brother Raoul Castro, and the security apparatus attached to it, with its infamous security service, Direccion General de Intelligencia (DGI) making sure the wheels turn smoothly. It is a simple yet brilliant scheme, where every neighborhood has an informant, reporting to the Comites de Defensa de la Revolution (CDR), a secret police in charge of keeping tabs on counter-revolutionary activity, and every infraction or sign of disloyalty is met with stern and immediate consequences. Given the dire straits of the people in Cuba, the regime is not willing to take any chances, having experienced revolutions in the past it knows not to allow the flame of change to be ignited.

With a monthly salary of $30 USD per person, supplemented with a fixed portion of rice, eggs and beans, the people of Cuba have been forced to use every opportunity to make some money on the side in order to avoid starvation. This has resulted in a shadow-society to take shape within communist Cuba, a society that is highly capitalist in every single way. I get evidence of this en route to old Havana one day, when my driver stops for gas and is told there is none left, only to leave the car with a fistful of cash and return later, car filled-up and ready.

“This is what we call the Cuban way. You see, the gas station belongs to the government, so the only way for these men to earn something extra is to sell gas to the highest bidder and deny those who can’t pay. I call it communist capitalism.”

The same is true everywhere you go: people cooking the books to fill their plates and fight their way out of desperation, and as a tourist you accept it and move on, constantly struggling with the guilt of living here in a bubble that everyday Cubans will never be privy to. To outsiders, the combination of poverty and oppression and the recent loss of the symbol of the revolution would inevitably result in a turn toward democracy and capitalism. But as the regime does its best to convey, very little has been buried with Fidel.

The Cubans I have spoken to are proud of their country. Even though they criticize the regime, under promise of anonymity, they are quick to add that they don’t necessarily want Cuba to become the United States or just any other country in the West. When I ask them if they believe that democracy and capitalism will come to Cuba now that Fidel has left and Raoul is on his way out, they respond in the negative, saying that whatever will come next will be a Cuban version of those things, an adaptation from what it is now.

And the way things are looking, they may be right. Rumor has it Raoul Castro has already reshuffled the government, replacing generals and ministers with his personal confidants so that he will remain the unofficial leader even after his assumed successor, Miguel Diaz-Canel, is sworn in as president in 2018. This ensures that even though Fidel is dead, the spirit of the revolution lives on, and the Cubans I’ve spoken to fear that the regime will take steps to emphasize the status quo by tightening its grip on the population.

It is not an improbable scenario, but rather a common tactic for totalitarian regimes when dealing with dramatic shifts, as most recently seen in Iran after the nuclear deal, where executions and imprisonments have risen dramatically during and after the rapprochement with the West. There is an important difference, however, and that is that Cuba is unlike many other countries of its kind, and that difference may actually be a hindrance in its journey toward democracy.

One thing that sets Cuba apart from other totalitarian regimes is the romance that surrounds it, still, despite the thousands of extrajudicial executions and arbitrary imprisonments, a ruined national economy, and denial of basic freedoms of association, religion, movement, and speech having taken place in the past 58 years. Even those who do not hold an ideological torch for the communist revolution are still enchanted with the country’s beauty, charm, and lust for life, making it easier to disregard the daily crimes committed against its people and quell the international community’s instinct to intervene.

Cuba is truly magical, and yes, it is full of life, but once you step outside of the lush hotel garden you see that it is life on the brink of death, magic existing in a state of suspended animation.

There are several shadow-societies existing side by side in Cuba, and through these the population has come to function and survive, with very limited resources and freedoms.

This is made possible by the geographical and cultural proximity to the U.S., loosening of sanctions and the idea of Cuba being kept alive through and by the booming Cuban tourism industry. This process is quietly supported by the regime itself because, ironically, the only way for the communist revolution to survive is by covert capitalism, keeping the population from starvation, and turning a blind eye to this keeps the oppressive communist regime from having to admit defeat.

There were no rallies through Havana on the eve of Fidel’s death and now, almost 4 months later, he has already moved from leader to martyr, cementing a well-directed legacy. Life goes on for the Cubans, with or without the father of the revolution, as they watch tourists flood their Island paradise, hoping to benefit from some of the overflow.

Cuba is lively and loud – full of life for days of play. But when it really matters, it is quiet – its people’s fate decided in silence, without so much as a word.

This article was first published in Washington Examiner and RealClearPolitics

Watch me on Tucker Carlson, discussing the Stockholm terror attack 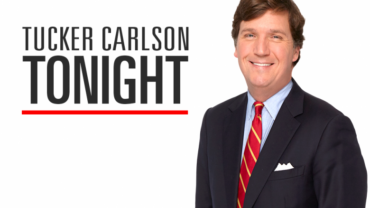