I’m holding a folded packet of semolina, cupping it in my hands, the red letters against the faded yellow reminiscent of a time I forgot to remember. There is chaos around me and I hear the voices of children from beyond the open balcony door, playing with boxes and fighting over who is in charge of carrying them down to be collected.

I never liked semolina, but I keep buying it, thinking I will make the pudding my grandmother made for us on summer mornings by the sea. There would be berries and almonds that I’d carefully shift around until I caught her watchful eye and was given the speech on how the sticky grains were there to sustain me. I would eat it, she would smile, and every morning of those endless summers would start and end in the very same way.

Passover cleaning is considered an arduous chore, often discussed and described through posts and dramatic memes on various forms of social media. We know it is coming, but are rarely prepared, and throw ourselves into it at the tail end of a busy schedule of holiday prep. In the past few years, that has all changed for me. In recent time I have planned for the cleaning with more anticipation than the menus and the holiday fun. Perhaps it comes down to the thoughtful nature of the task; perhaps it is the talmudic detail of the search itself, but with each passing year, I found myself connecting to the purge of chametz as were I saying kaddish for all that I had held onto in my life in the months that had passed.

I connect to God in many ways, but I am never more thankful to him than when he provides me with practical ways to deal with the ways of the soul and the hardships of human existence. As we were commanded to build the tabernacle for revelation, remembrance and atonement, as are we asked to take stock of our lives through the practical and literal act of cleaning our dwelling each year. Ours is a religion of doing before understanding, and through action we will see, through motion we will find the bravery and wisdom to know when to move and when to be still.

My grandmother died two years ago, at the age of 103, and there will be no more summer morning semolina, no matter how many packets I put in my cupboard or recipes I print and pin to my fridge. Some things are meant to let go of, but too often I fail to do so on my own, be it my broken heart beating under the floorboards or the distant dream of having her hug me and tell me it will all be okay, just one very last time.

Passover is more than a story, more than our past; it is a ritual that every year frees us from bondage, whatever it is that enslaves us. Taking earthly belongings and emotional trinkets from the shelves, sifting carefully through the rubble of our everyday lives, it helps to refocus us and makes choices what to keep and what to let go of, as the sea closes in and forces us to move forward. Passover functions as cognitive behavioral therapy through the infinite wisdom of our calendar and our God, and we should make the most of it as it rolls around. Not to sell our chametz, but to own it, and sift through all the cracks and crevasses where it may hide.

So I do it each year, to the best of my ability, and with that I am well and truly done. And all those other pieces of fear, sadness and notions of insufficiency, which I have neither seen nor removed, and about which I am unaware, shall be considered nullified and ownerless as the dust of the earth. I won’t ever cook that semolina, and I will never again know the touch of her hand against my freckled cheek, and as I burn the remnants of what was, I feel the freedom of a new brave world that is out there, mine to conquer. 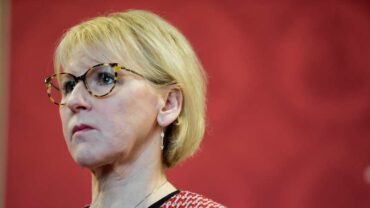