Interview with Margot Wallström in “Judisk Krönika”
Middle East, Sweden
An enemy by any other name
February 14, 2017 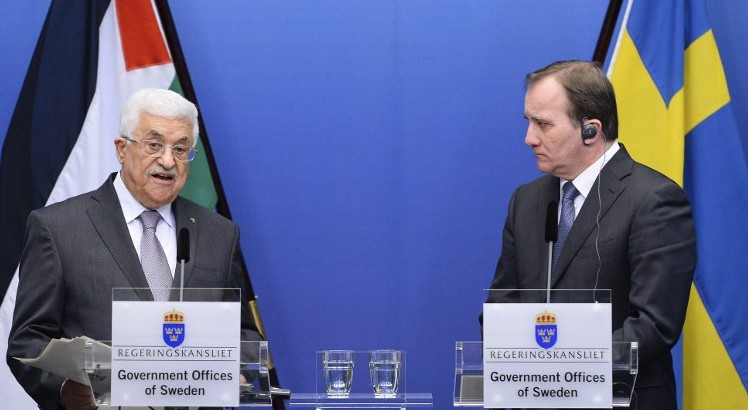 We enter parliament in order to supply ourselves, in the arsenal of democracy, with its own weapons. If democracy is so stupid as to give us free tickets and salaries for this bear’s work, that is its affair. We do not come as friends, nor even as neutrals. We come as enemies. As the wolf bursts into the flock, so we come. — Joseph Goebbels, on Democracy

A few weeks ago, my country of Sweden got a new government. Or, it’s not so much a new government, but a return to a past I had hoped was long forgotten. Chances are most outsiders wouldn’t have heard of this electoral upheaval, had it not been for one of the new government’s first forays into foreign policy: recognizing the state of Palestine, making it the first major European country to do so. But for those of familiar with Sweden’s the political landscape, this has been a long time coming.

The Social Democrats are a party with a long pro-Palestinian and anti-Israeli tradition and a seemingly never-ending flexibility toward anti-Semitic attitudes within the flock; from former Prime Minister Olof Palme’s close friendship with Yasser Arafat and his comparisons between Nazi Germany and Israel, to the infamous anti-Zionist policies of Malmö mayor Ilmar Reepalu. More recently, the popular politician Adrian Kaba publicly claimed that Mossad trained ISIS to kill Muslims and that the Islamic State is a pawn in a Jewish-European right-wing conspiracy.

One might think that such outlandish statements would cause national outrage, but they don’t. One might also draw the conclusion that spreading anti-Semitic myths might lead to Adrian Kaba leaving the Social Democratic party in disgrace, but one would by sadly mistaken. Instead, Kaba is heading up the Malmö Taskforce Against Anti-Semitism and Islamofobia. No, that’s not a typo; that’s the political environment of the country I live in.

As a proud, public, and outspoken Swedish Jew, I am often asked if I worry about getting attacked on the street for wearing my Star of David, or having my home vandalized for flying a large Israeli flag. My answer is always the same: as much as I fear violent anti-Semitic individuals, it doesn’t compare to how much I fear the systemic anti-Semitism eating its way into our political system.

The Swedish decision to recognize the State of Palestine may seem like a thoughtless stunt from a small country, but it speaks to a larger trend with grave consequences for us all. As the anti-Semitism of yesterday dresses up as the anti-Zionism of tomorrow, the latter gains political momentum to do what the former never could. The coalition of the Social Democrats, the Left, and the Environmental Party was elected not in spite of these policies, but because of them. They are not attempting a coup; they are fulfilling a promise.

One of the newly appointed ministers in the new coalition government is Mehmet Kaplan of the Environmental Party (MP). Mr. Kaplan is no longer allowed entry into Israel after his active and repeated involvement in Ship to Gaza. He has compared Swedish Muslims going overseas to fight global jihad with Swedish freedom fighters during the Finnish Winter War and he is often a prominent speaker at anti-Israel rallies across the country. During one of these rallies Mehmet Kaplan said his dream was to one day see Jerusalem “liberated,” without caring to specify whom the capitol of Israel needed to be liberated from. This former head of the Swedish Muslim council and current member of the Free Gaza movement has now been appointed the Swedish Minister of housing and development, making him one of the most powerful people in our land.

This is what keeps me up at night. If I get attacked for wearing my Magen David, I turn to the police who can correct the wrong that was done to me. But what to I do when my attacker is appointed to one of the highest offices in the land? Who will protect me when I am no longer considered the victim, but the criminal?

In 1933, they cast their votes for death and ruin, but they did so claiming ignorance of what was yet to come. Those who are now putting hatred in power all over Europe do so to the backdrop of the Holocaust; as the last witnesses draw breath, history is allowed to repeat itself by ballot and popular vote.

However expected, this latest turn in Swedish foreign policy is chilling in all its calm deliberation. Because this is how it starts and how it ends. Not by committing illegal acts toward us, but by making us illegal, and by going after the home we flee to once we have no place left to go.

In 2014, they cast their votes for hate and ruin. And as the wolf bursts into the flock, so they have come.

This article was first published on Ricochet