Interview with Margot Wallström in “Judisk Krönika”
Uncategorized
Cause and Effect
May 1, 2017 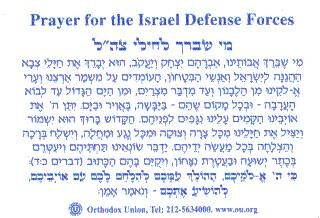 The crowds are chanting outside my window, hoisting carefully crafted signs into the air. There’s a red banner there, and a Palestinian flag, the men and women are dressed impeccably, May Day uniforms of ironic t-shirts, 200-dollar jeans and the perfect sampling of commie-kitsch.

The weather is perfect, the trees turning green for the first time and the flowers contemplating bloom just as the makeshift socialists are gathering for their annual primal scream and perhaps it’s me just projecting but they seem unusually excited now – chants louder and longer than yesteryear.

It is a mad mix of messages trumpeted by an oddly homogenous crowd, moving slowly through my well-manicured city. I usually find this funny. How some of the most bourgeois people, living in one of the richest countries in the world, angrily yelling about the many injustices they feel subjected to. But today is different, and I am much less amused as I watch the walking discrepancies taking place outside my window.

This year May Day coincides with Yom Hazikaron and thus creates a perfect juxtaposition. Not only between riches and loss but also between cause and meaning – a difference very few people in my country of Sweden seem to understand.

The people beneath my balcony have many causes, and they keep them as pets, as accessories to go with their privileged and comfortable lifestyle. They are demanding to work less for the same pay, yelling at their government to give them more things and fix their lives as they pretend to save the fates of people they have never met and would never agree to co-exist with. Meanwhile, in the country of my heart and the state of my people, young men and women are signing up to give and to sacrifice, to build and contribute in a way that these well-manicured revolutionaries on my street would never be able to fathom. Most of the West is obsessed with causes, people of privilege use them to define themselves and rate their lives – donations to non-profits having taken the place of obesity in 16th century European kingdoms. Back then, only the truly enlightened and wealthy were fat, and now, only the opulently comfortable can fake discomfort and caring through murky alliances with anti-Semitic warlords and murderous Socialist regimes.

I should be angry about all this, but I’m not. Instead I see on this street the answer to why the country of my heart will survive the country of my birth and its citizens surpass most others in joyous leaps and bounds.

For the two past years I have spent Yom Hazikaron in Israel, pausing for the siren and partaking in various forms of respect and commemoration. I have felt the unity and the strength of our country’s conviction and, quite equally, the bubbling joy as the day turns into to night and our sorrow is transformed into the day of Independence. The difference between the two days could not be more striking, but the common thread is that neither is a cause. These are days of matter and meaning, far from the complacent public holiday of a Swedish May Day-event.

The most moving thing, to me, is the common understanding that envelops Israel during this time. Every man, woman and child has a grasp of what this means and why these sacrifices were made and this creates a bond between then and now, from grandfather to toddler and street to palace alike. It is as if the entire country has signed a contract to serve a greater cause and that for a few days each year it puts aside its difference to honor that commitment. This is the key to the success of Israel and the clue to the failure of so many other states – that the common core is stronger than the individual differences and that everyone has an equal stake in the future and a foot firmly placed in a past vividly kept alive.

What I see on the streets of Sweden today are crowds looking for a cause, like children running aimlessly toward a petulant act of rebellion. That is emptiness, at its core; to have masses but no meaning and a weapon, but no aim.

As Israel remembers the 23,544 fallen soldiers, Sweden demonstrates the effects of its ongoing peace-damage and the brokenness that comes with never knowing what it is not to be whole. With sacrifice comes belonging and that is something the people of this moving crowd will never know, and for that I genuinely feel for them. To not have meaning, but mere causes, what a lonely existence that must be.

This article was first published in Israel Hayom