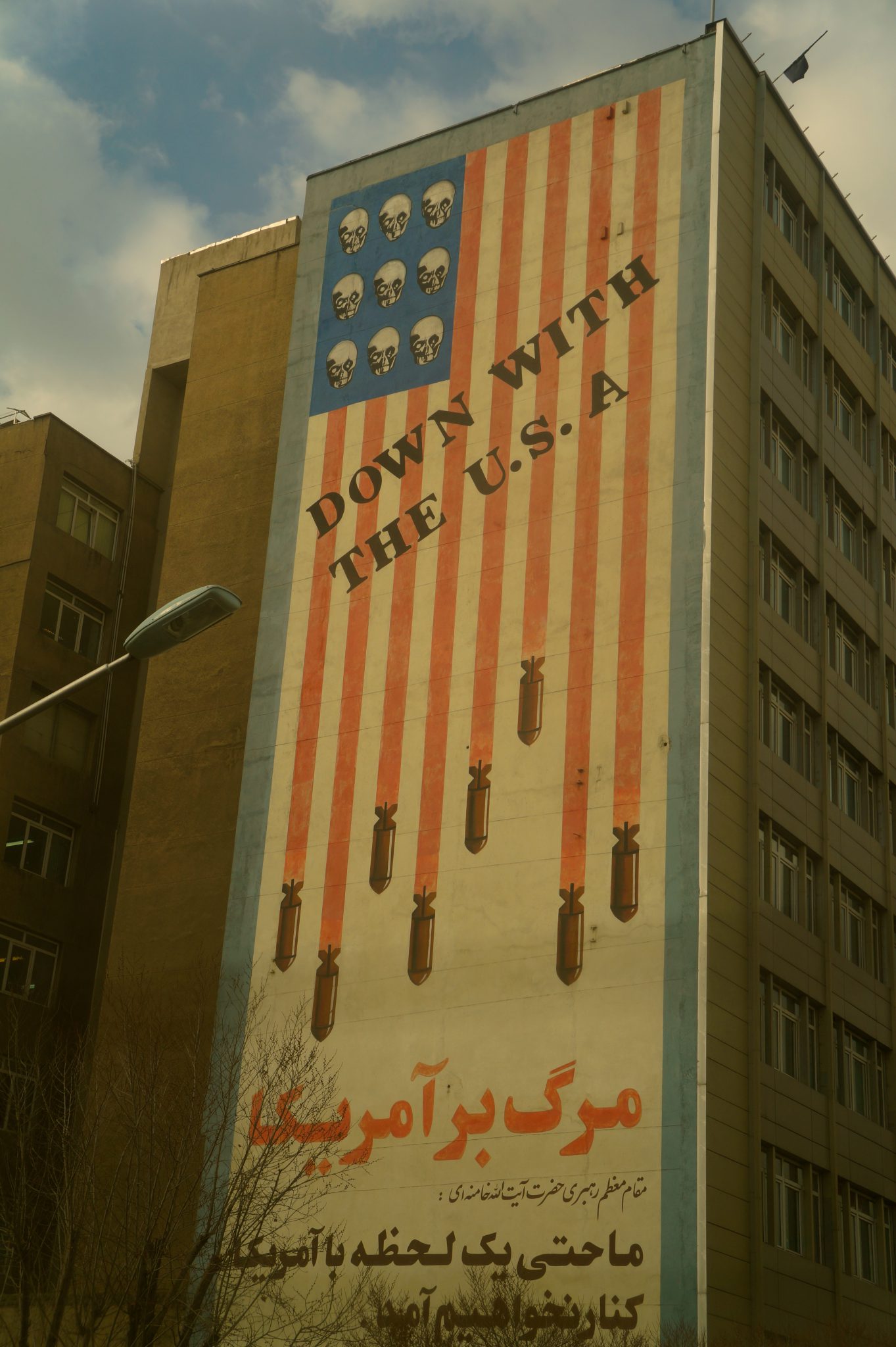 “The main difference between the Principalists and the Reformists in this election is not our views on and goals for Iran — on these we are of one mind — but rather political theory and execution.”

Dr. Moshen Keshvari is a short, dynamic man and he speaks in sharp staccato, flicking his wrist to emphasize the end of every sentence. We are sitting in his office at the Principalist headquarters in central Tehran, and the room is buzzing with intensity as Iran nears its 10th general election since the birth of the Islamic revolution.

I ask Keshvari, on top of the conservative list for the Majlis, if the Iran deal influences the election, and his answer is surprisingly unabashed.

“These are uncertain times, and we expect a record turnout because of it. People either want us, who will safeguard Iranian values and meet American promises with the suspicion it deserves or they will choose the Reformists who recklessly trust America and the West.”

When I point out to Keshvari that many in America and the West believe that Iran was the winner in the 5+1 deal and that President Obama fully conceded to Iranian terms he smiles and says, “I agree.” I laugh in astonishment at his honesty and ask him if he worries about Obama’s replacement or follows the American presidential elections, where several Republican candidates have campaigned on overturning the deal, but at this he shrugs with apparent contentment. 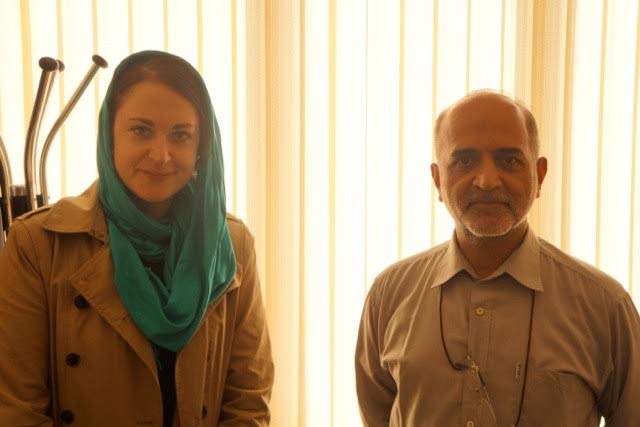 “Believe me, Miss Rothstein. We are ready for whatever candidate is chosen, and we are prepared for one that rips up the deal. When he does we will produce … what’s it called … an ace up our sleeve.”

It’s a strange experience sitting in that stuffy office with Keshvari, smiling and conversing. I am a Jewish woman traveling alone in Iran and though the tension across the marble table is palpable, I cannot help but find myself liking this man and his complete and utter lack of shame.

“America needs us now, and we know it”.

“The entire West needs someone to control the Middle East and keep [the Islamic State] and the barbarians at bay. They need us now, we do not need them, and like a small child we cannot be infected with the Western ideas because we have been inoculated

Bullying is the word Moshen Keshvari keeps using to describe the Western ideas he opposes, bullying from the entities he sees at the heart of this weaponless war — America and Israel — the former more intensely despised than the latter for reasons the good doctor is happy to divulge.

“America and Iran have real history, but we do not consider the Zionist regime legitimate so we do not consider it at all, nor do we care who the leader of that regime is. It is nothing to us. If, however, Israel makes one wrong move we will eradicate it from Jerusalem to Tel Aviv, just as the Ayatollah has promised.”

My translator pauses as he translates this part, well aware of who and what I am, he throws me a glance that is somewhere between amused and apologetic. I smile back, not knowing what else to do, then look at the floor in order to avoid even feigning agreement.

Top reformist candidate Ali Reza Mahjoub does not mince his words when it comes to Keshvari’s statements on the deal or the doctor’s opinion that the differences between their parties are minor. “The Principalists say they want a relationship to the West, they say they want democracy and are open to change. It is all lies and everyone knows it. These are the differences between us. I don’t lie.” Mahjoub is angry and he is not yet ready to concede the fight, even though more than 60 percent of the candidates on his list have been excluded before the election by the infamous Guardian Council, working directly under the supreme leader, Ayatollah Ali Khamenei.

“I am very hopeful that change is coming to this country. This cannot be stopped. We have 60 percent women in our universities now and young people are learning more about the world through Internet as well as through formal education. This is an enormous social energy that is waiting to be unleashed, an army that refuses to use guns but instead will use their minds to shape their future.”

Mahjoub was a leading figure in the Islamic Revolution and he has 20 years experience in Iranian politics. Representing the Reformists, he runs on a platform of so called “moderate openness” toward the West in line with President Rouhani. But as we speak he makes it clear to me that he is far from blind to what he sees as the double-talk of America and its Western allies.

“I believe we should establish consulate-level relationships to most countries, but as an Iranian I have a natural suspicion toward America. What reason have they given us to trust them? I am hopeful but I am no fool.”

And this is key. Despite being posed as enemies in a contentious election, both Principalists and Reformists are gathered in solidarity against the common enemy. Everywhere I go in Iran they are there — the symbols, murals and chants against the US, depicting and enforcing an age-old animosity. Obama is featured in many of them, standing alongside classic Persian villains, and I can’t help but laugh at the folly of his Middle-East turnaround. This may be referred to as the election of change, but as often in this region our Western timelines have very little to do with the reality on the ground. Keshvari expressed the sentiment perfectly as I asked him about Obama’s Cairo speech and the new relationship toward Iran.

“The change you speak of must have happened in America and Europe. For us nothing has changed, for us there was no new beginning.” 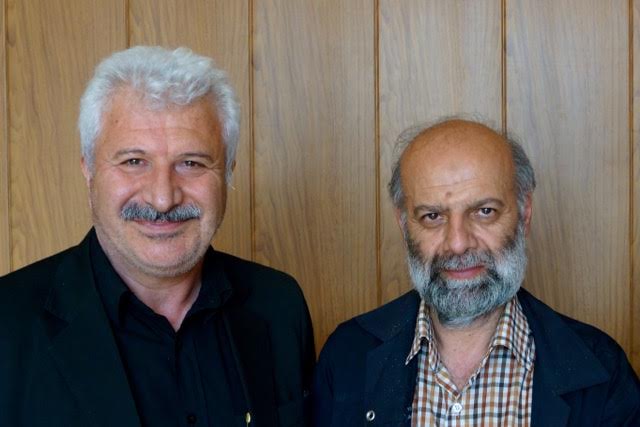 “In other countries they have soft negotiations but produce hard results, in Iran we do the exact opposite. This will not be done in a day.”

And many I have spoken to this week seem to share the sentiment expressed by Mahjoub. One young man I met at a trendy Tehran cafe said that his parents, living in a small village two hours north of Tehran, would vote this year for the first time since the Islamic Revolution in 1979.

“They know the reformists won’t win but they want their voices to be heard in the Majlis and the Assembly of Experts. The supreme leader is old now and he will be replaced by whoever is elected now, and many of us think that this is the chance to achieve a soft revolution — a slow change for the better without bloodshed.”

But that dream, however beautiful, seems less than achievable; all candidates in the Iranian elections are vetted by the Guardian Council, a political entity directly appointed by the Supreme Leader, and by election day on Feb. 26 a whopping 66 percent of the candidates had been disqualified for “lacking religious qualifications.”

Those who remain are all in the Supreme Leader’s good graces, making the elections a closed system without any real hope of change. Despite this, people show up to vote, most likely because not having the literal stamp of loyalty in your birth certificate can cause significant problems for anyone dealing with the government and those I spoke to on election day mentioned that not having voted is a common reason to be denied employment or government aid. Keshvari and Mahjoub may represent the outward drama at the heart of this election — between those who see the openness toward the West as a threat to the values of the Islamic State and those who see it as an opportunity to improve it, but the similarities between them clearly outweigh the conflict.

There is no reform here in the Western sense of the word, and even those most adamant about achieving change do not want a western-style society. American culture is widely perceived as being a threat to all that is good and holy, causing breakdown of families and deterioration of societies, and the message pumped out by the regime for the past 37 years has been as effective as it has been clear — the two paths being resistance or death. The past is not forgotten, no matter what Obama may say, but its beating heart is everywhere as I walk down the Tehran streets. “Death to America” means life to the conflict, a conflict that sustains the system and ensures survival for the powers that be.