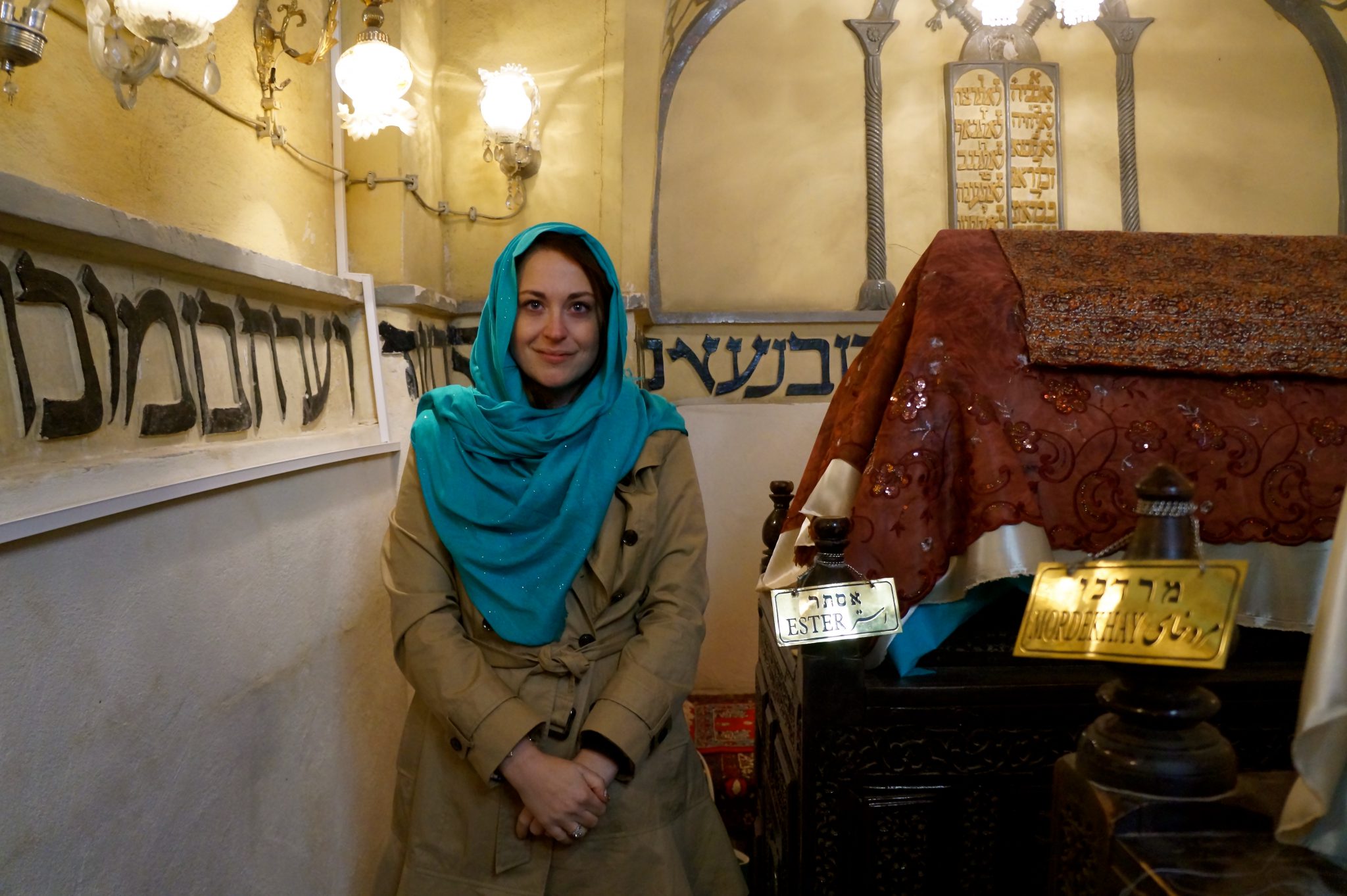 The sun shines brightly over the ancient city of Hamadan
in the Kurdish part of northern Iran, encapsulated by the
majestic Mount Alvand. I’ve traveled a long way to get here,
from a frigid Nordic kingdom, in order to see my hero and
fulfill a dream. I have come to find Queen Esther.
She was the second wife of Xerxes I (who ruled from 486 to 465
BCE) – referred to as Khashayarsha in Persian – the fourth king of the
Achaemenid Empire.
She is the heroine of the story of Purim, together with Mordecai
– both Jews exiled from the Land of Israel along with many of their
compatriots, in the sixth century. We celebrate their deeds “that they
should make them days of feasting and gladness, and of sending portions
one to another and gifts to the poor,” (Esther 9:22) every year on
a day that is holier to us even than the solemn Yom Kippur.
Iranian Jews also make a pilgrimage to the graves in Hamadan
where Esther and Mordecai are buried.

For years there have been rumors of destruction surrounding their
tombs, but on that cold February morning I see nothing broken about
the humble structure. I bow walking through the tiny front door and
the vault opens up to me, familiar sentences in an otherwise foreign
land. There is a small synagogue inside, and next to it a carving of
the entire bloodline of Mordecai. I follow the Hebrew letters with my
shivering hand and mouth the names tentatively, gathering myself
before I turn back around.

It is unassuming yet grand, the small room containing the two
tombs of my ancestors. Red cloth covers a Persian woodcarving and
over it a silver chain, holding a thin golden plaque with their names,
spelled out in the letters of three alphabets.
I touch the wood and I cry, silently but violently, moved by the moment
but also by the passage of time. We are still here, I keep thinking.
We are alive and we are thriving and I, a Swedish Jew, have come here
to pay tribute to those who fought for that survival and ensured the
pride I feel today. Every thought I had in that moment was a prayer;
every feeling I felt was in worship.
I had made it; I had finally realized the dream. I hear someone behind
me and as I turn around I see an old man smiling at me, tilting
his head with warmth and compassion. His name is Benjamin and
he is a French Jew, visiting this site as a pilgrim. He sees my tears and
walks up to me, putting his hand on the top of my head.

“Puis-je s’il vous plaît prier avec vous?” he asks. “May I please pray
with you?”

And we do. Two strangers who are family. Connected by this history,
this faith and this moment.
And this is what I felt, more than anything, after my visit in Hamadan:
a deep connection to my Jewishness, and a deepened bond with
those in history who have fought to protect my faith. I stand on the
shoulders of giants and that day I got to pray at the feet of their graves.

I went to find her. And I found everything