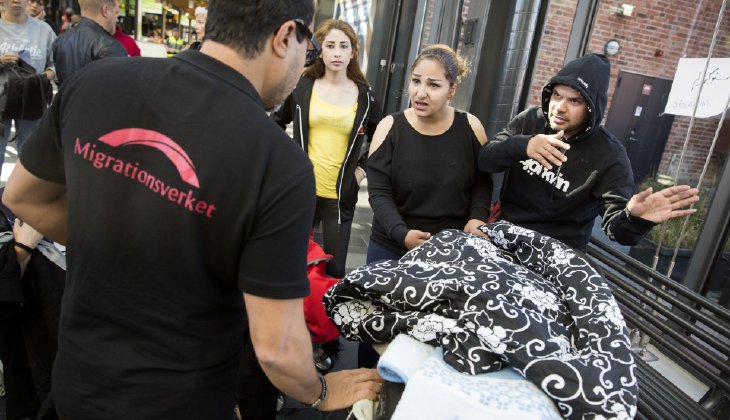 the scandal that is now shaking Swedish society. After learning about the horrible mass sexual assaults during a New Year’s celebration in Cologne, Germany, the truth seemed to take on a life of its own, and other stories followed. The first to be told was from the small Swedish town of Kalmar, where organized groups of young immigrant men from the Middle East and North Africa had sexually violated at least 11 women, according to police reports, and many more are believed to have gone unreported. The second account came out of Malmo, a city having become infamous for anti-Semitism and racial tension, where young women had been targeted for so called Taharrush-attacks, Taharrush being a “rape-game” with its origin in the Arab world.

However, the third news-story to come out after Cologne put the two former to shame, as it involves both media and politics, and reveals a culture of silence when it comes to systematic sexual abuse.

The allegations that are surfacing say that the Swedish police along with the media are guilty of covering up a mass sexual assault that took place at the youth festival We Are Sthlm, two years ago. Witness statements and police reports are now being uncovered that tell the story of a scene similar to that in Cologne, where gangs of young men from Afghanistan molested girls as young as 11 or 12, some of the assaults even resulting in rape, and that 200 men had been removed from the area by police during the course of one evening.

Despite knowing what had happened, and who the perpetrators were, internal memos from the police now show that they deliberately chose not to mention the sexual assaults, the fact that the perpetrators where exclusively, and I quote “so called refugee youth predominantly from Afghanistan” or that this was the second year these assaults had taken place.

Police chief Peter Agren said to the Swedish daily Dagens Nyheter “This is a sensitive topic. We are afraid to tell the truth because it may play into the Sweden Democrat narrative.” When the information finally leaked, the story was pitched to one of Sweden’s largest daily papers, but it was nixed for the very same reason that the police initially decided to shut it down.

So not only did the Swedish police and media cover up a large-scale sexual assault on underage girls, but it also took it upon itself to choose which political parties are acceptable, and which are not. Through their silence they hoped not to bolster the far-right Sweden Democrat’s poll numbers, and through that silence, they accomplished the exact opposite.

There is a reason why after a trauma, we are told to talk about it. Not only do we need to speak, but we ache to be heard. When the story of trauma is heard it is also acknowledged, and the victim feels as if she matters in the eyes of the world.

Both the Swedish police and media are choosing their victims, who are deemed “kosher” and who are not, and they are doing so led by a political agenda. The irony of all this, however, is that not speaking the truth about Muslim men raping European women out of fear of being racist is a racist choice in and of itself, because in that silence lies a false assumption that all Muslims are rapists or would condone such a heinous act. This is a crime of abuse, and so is the cover-up. They both represent a massive failure of what is said to be a progressive state.

Every victim of a crime, be it a group or an individual, should be allowed to speak their pain and be heard. By ignoring the crisis of extremism that is upon us, they are creating a culture of silence, and in that silence there is no healing to be done.

As in rotherham england, the police engage in a coverup because pc and multiculturalism have eradicated rule of law, and turned the ruling elites into oikophobes. It is now a virtual crime to say france should remain french or sweden… swedish.