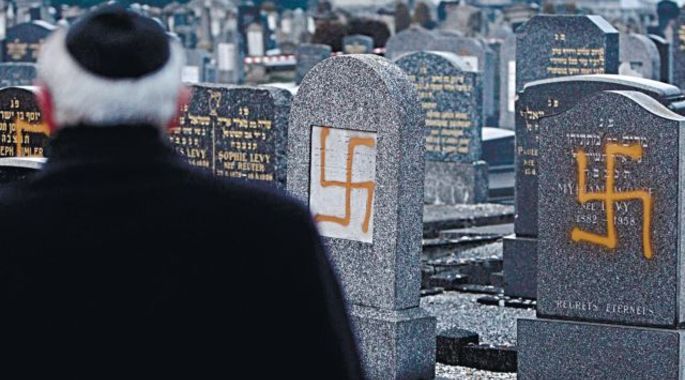 Here in Stockholm this fall, we in the Jewish community have enjoyed our 21st annual Jewish film festival, a klezmer concert, and a number of other cultural diversions. I choose the word “diversions” advisedly. It’s thanks to such entertainments that so many of my fellow Jews can allow themselves to say that we’re doing okay here—that there’s no need to rock the boat or cause trouble.

But you know what? We are not okay, and this is not okay.

Kosher slaughter has been outlawed in my country since 1937, and a bill is now pending in parliament that would ban even the import and serving of kosher meat. Circumcision, another pillar of the Jewish faith, is likewise under threat. In my job as a political adviser to a Swedish party, I have dealt with two bills on this issue in the past year alone; a national ban is rapidly gaining political support in the parliament and among the Swedish public. When it comes to our religious traditions, those on both the Right and Left in Swedish politics find common ground; they take pride in defending both animals and children from the likes of us, and from what one politician has called our “barbaric practices.”

The avenues of aggression may be new, but the rhetoric is old and familiar—and so are the effects. In today’s Sweden, home to all of 20,000 Jews amidst a national population of some nine million, the public display of Jewish identity, like donning a kippah or wearing a Star of David pendant, puts an individual at severe risk of verbal harassment and, even worse, physical harm. Synagogues are so heavily guarded that Jewish tourists are turned away if they try to attend services unannounced. Inside the sanctuary, we celebrate our festivals and holy days under police protection. On the afternoon of Rosh Hashanah, during the five-minute walk to the water for the ceremony of tashlikh, my young son asked a guard why so many policemen were accompanying us. Replied the officer: “so that no bad people can hurt you.”

This is the self-image—the reality—that Jewish children in Sweden grow up with: being Jewish means being under threat of harm from bad people. This is where we are at. One by one, our practices are being outlawed. Attacks on us are going unpunished. Politicians, journalists, and intellectuals describe us as barbarians. On November 9, the 75th anniversary of Kristallnacht, a few hundred neo-Nazis marched through Stockholm in solidarity with their Greek allies in the Golden Dawn party. They marched legally, with police permits. Another few hundred leftists turned out in protest; a significant number were waving Hamas flags and sporting Palestinian kefiyahs. It made for a perfect synergy: a solemn anniversary, a day of shame, hijacked, with official permission, by two extreme and nominally opposite sides of the political spectrum, united by their hatred of Jews.

The recently released findings of a year-long survey by the European Union’s Agency for Fundamental Rights show that we Swedish Jews are far from alone. On the contrary: out of fear of violence, a majority of European Jews avoid going to Jewish events or wearing identifiably Jewish items of clothing. But the fear is especially strong in Sweden, where 49 percent say they refrain from such activity and 80 percent report having experienced a rise in anti-Semitism over the past five years. Sweden’s own National Council for Crime Prevention confirms the facts: anti-Semitic crimes have tripled since 2010. Worst of all is the situation in the city of Malmö, which has witnessed an increase of 320 percent in crimes against Jews since 2011. And these are just the reported incidents; one can only imagine how many go unreported each year.

True: we are not being murdered, and we are not being physically driven out. But our religious observances are being interdicted, our persons are being threatened, our safety is being endangered, and—in short—our human rights are being violated. Why do we put up with it? And why do pundits and politicians assure me that Jews in Sweden are perfectly safe when what they really mean is that we will be safe only so long as we agree to become invisible as Jews and cease to practice Judaism?When I raise these issues with sympathetic Jewish friends abroad, including in Israel, the usual response is that Europe is over for the Jews—finished; that it’s too late to change things; and that Swedish Jews should move to Israel. I cannot accept that. No matter how much I believe in and promote the idea of aliyah, what is happening here is simply not right. People from all over the world seek refuge in my country in order to be who they are, and to live freely. I want this for them, and I want this for us.

EU statutes provide that asylum be granted to persons with “well-founded reasons to fear persecution due to race; nationality; religious or political beliefs; gender; sexual orientation; or affiliation to a particular social group.” Jews in Sweden meet these criteria, and should be eligible for the same protection and support extended to non-natives.

And so today, November 18, I am legally filing for refugee status and asylum—not in America, not in Israel, but here in Sweden, my own country.

Absurd? No doubt. I can only expect that my application will be summarily dismissed. But the situation is beyond absurdity, beyond op-eds and strongly worded letters of protest. The situation calls for action. I would like to think that in making this statement, I am fighting on behalf of Swedish Jewry as a whole for the right to live a religious life, to preserve our cultural identity, and to be who we are without fear of persecution—the same rights enshrined in the UN’s Universal Declaration of Human Rights and guaranteed in the Swedish constitution. Is Sweden, is Europe as a whole, truly no longer willing to enforce its own standards of justice where European Jews are concerned?

A month ago, I sought out the parliamentarian responsible for the latest anti-kosher bill and others like it. Feeling at once sad, lonely, and furious, I told him that instead of churning out all these different measures, each one aimed at outlawing yet another aspect of Jewish life, it would be much easier to write a single bill outlawing Jews. At least that would be honest. When he protested, I ended up arguing with him over the kashrut bill for almost twenty minutes, giving him the facts until, unable to refute me, he turned bright red in the face, leaned in, and said: “Well, you know us. This thing you call multiculturalism. All of that. We don’t want it. Not here. Not in our country.”

I was startled, but also relieved. Finally, some truth.

And that, too, is why I need to make my statement, before it is altogether too late. Where the lives and safety and freedoms of its citizens are concerned, the Swedish government has made solemn promises. Let it live up to them.

This article was first published in Mosaic Magazine