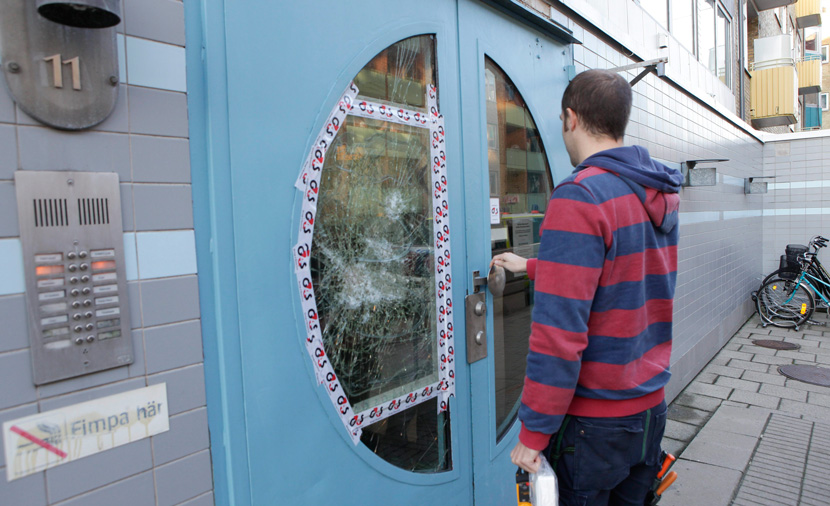 They canceled Jewish winter camp. It sounds like a little thing, but in Sweden, where we have very few venues in which to lead our Jewish lives, it means a great deal. Winter camp is a yearly highlight, a place where our children can learn and play with other Jewish children, without worry. This year, they won’t be able to go, and for a simple reason—because it’s not safe.

The decision to cancel the camp was a reaction to the terrorist attack in neighboring Denmark, where Dan Uzan, a volunteer security guard outside a Copenhagen synagogue, was shot dead while protecting a bat-mitzvah party in progress inside. The Jewish community in Sweden was already reeling from news of the massacres in Paris a month earlier; with this latest murder, the peril came too close for comfort.

Of course, things did not start with these particular events. In a 2013 survey conducted by the European Union’s agency for fundamental rights, 76 percent of European Jews said that anti-Semitism had increased over the previous five years, and 29 percent said they contemplated emigrating. Perhaps most astonishing, of those who said they had suffered a physical attack, fully two-thirds had chosen not to report it since they were convinced the police would react passively. Since that time, we European Jews have experienced some of our darkest days in over 60 years, from defaced synagogues and cemeteries to riots and assaults on Jews in broad daylight. This past summer, the floodgates opened wider as Israel’s war in Gaza erased any subtle (and largely disingenuous) distinctions that may have existed between anti-Zionism and outright anti-Semitism.

Back in the summer of 2013, I read Michel Gurfinkiel’s sweeping essay in Mosaic on the threatened state of European Jewry and was moved to write him a letter. The editors then kindly published it as a response to his analysis. In it I described the particular difficulties and dangers facing a Jew in contemporary Sweden, and announced my intention to stay and fight for the future of Jewish life in the European Diaspora. As the situation in my country worsened, I ended up—as I again reported in Mosaic—filing for asylum in my own country on grounds of religious discrimination. My act was aimed at raising public consciousness and eliciting from my government at least an acknowledgment of reality. But despite the publicity my filing attracted, no such acknowledgment was forthcoming. Nor did my action garner any significant support within the official Jewish community itself; to the contrary, I was not spared ridicule for my alleged hyperbole and fear-mongering.

Now that there are policemen with automatic rifles outside our children’s schools, guards outside our synagogues, and no go-zones in our cities, the community has at last awakened to the harsh truth. This is no longer a matter of fighting a ban on kosher slaughter, or of retaining the right to circumcise our sons; at risk is the security of each and every Jew in the country, whether affiliated with the community or not, whether religiously observant or not, whether politically left, right, center, or none of the above.

As more and more people, including communal leaders, are voicing their anxiety and alarm, and attracting the notice of the media, the sheer intractability of the problem is also emerging, sometimes with startling nakedness. A couple of weeks ago, a major public-radio station interviewed Isaac Bachman, Israel’s ambassador to Stockholm. ‎During the interview he was asked: “Do the Jews themselves have any ‎responsibility for the growing anti-Semitism that we see now?”‎ Naturally, the ambassador was stunned. “I reject the question ‎altogether,” he said. “It’s like asking a woman how she has contributed to the fact ‎that she is being raped. I don’t think there is any provocation on the part of the Jews; they just exist.”

‎After the show, Sveriges Radio issued an apology; but the cat was out of the bag. Starkly illuminated by this “unfortunate incident” (their term) was the extent to which anti-Semitism, far from being the property of marginalized and uneducated individuals, as the comfortable trope would have it, is built into the psyche of the establishment. The apology itself was but a gesture, and gestures, in lieu of change, are mainly what the European Jewish minority is seeing.

Rallies, speeches, a solidarity ring around a synagogue as in Oslo: these are no substitute for the actual guarantee and protection of civil rights, for actual inclusivity, for actual religious freedom; they are at best a way of treating symptoms while ignoring the disease. We are being urged to join others in striving for peace and understanding, as if all along we have been striving for something else and need to assume our share of responsibility for the campaign being waged against us. The marches, the one-off visits of dignitaries to synagogues, the solemn frowns of sympathy: all instruct us to be patient and do nothing until we reach the point where there will be nothing left to do.

They canceled the Jewish winter camp, and men with automatic weapons are guarding our schools. Our children will not forget this; fear and hate—their fear, others’ hate—are now somehow coterminous in their minds with the very nature of Jewish life. We European Jews have been here before.

In 2014, immigration to Israel from Western Europe went up by 88 percent over the previous year, corroborating the trend already emerging in the 2013 survey. Jews are leaving Europe in record numbers, and more are thinking about it. I am now one of them. In my first contribution to Mosaic I wrote that I was absolutely determined to stay and fight for a strong Jewish life in the Diaspora. “We want to live,” I said. Today I don’t know what’s next for me, or for Europe. But I know that for my children and for me, this is not living.

This article was first published in Mosaic Magazine